Coronavirus Update: We care about your health and continue to service our customers safely. Read More

Your Browser Is Incompatible

You are seeing this message because we have detected you are using Internet Explorer 10 (or older) to browse our site. Unfortunately, this means that your browser is too old to display our site properly and that certain areas of the site may display incorrectly or not at all. Please upgrade to the latest version of Google Chrome, Mozilla Firefox, Internet Explorer, Microsoft Edge, or Apple Safari in order to view this site.

What Does Low Airflow Mean for Your Cooling System? 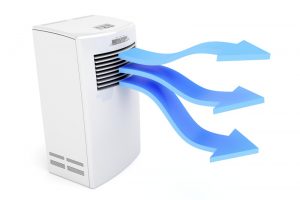 Your AC system is one of those appliances in your home that truly gets put to the test—especially during the scorching summers we experience. With high temperatures and occasional humidity added on top of that, we rely heavily on these systems for our comfort. That being said, if you’re in need of Pleasanton, CA air conditioning services, then we are the team to call.

One particular type of service call we get fairly often is in regards to reduced airflow. That is—air is coming out of your vents, and it’s cool, but it’s not as powerful as it once was or you think it should be. Sure, this may not seem like a huge deal at first, as long as your able to stay relatively cool, right? The problem is, it puts extra strain on your air conditioner, wearing it down much faster than normal. Additionally, neglecting the problem means that whatever is causing the issue will only get worse.

So, what’s the Cause of Low Airflow?

The thing is, there is no single cause of low airflow. For this reason, and more, you should never try to diagnose or repair the problem on your own. Although we do recommend first checking your air filter. If it’s significantly clogged, then changing it could be all you need to do.

Air filters—there to protect the inside components of the HVAC systems they are installed in—should be changed every 1 to 3 months, depending on the level of contaminants present in your home. In the absence of a clogged air filter, however, reduced airflow can stem from either:

Blockages—whether they exist in your air ducts or surround your air conditioner’s outdoor unit, typically form from a build-up of dirt, dust, and other debris. In some cases, it can be caused by damage to the ductwork—crimps, leaks, or breaches—that are pulling hotter air into the system. This means, too, that cooler air will stay trapped in the AC system itself, which can cause ice to form on your coils and create subsequent problems.

The component responsible for driving the air to the vents in your home is the blower fan. If it’s not the fan itself that is bent or broken and causing your airflow issues, then you may be suffering from a fan motor problem: either the motor is failing altogether or there is an issue with the power supply, such as frayed electrical wiring.

Reduced airflow may seem like a minor annoyance, but it’s typically the symptom of a bigger problem, which is why it requires attention. Whatever the problem is, your air conditioner has to work harder and harder to reach your desired temperature if airflow is decreased—increasing operational problems, and your cooling bills as well.

To solve your air conditioning issues in a timely and accurate manner, simply reach out to Comfy Heating & Air Conditioning Inc.